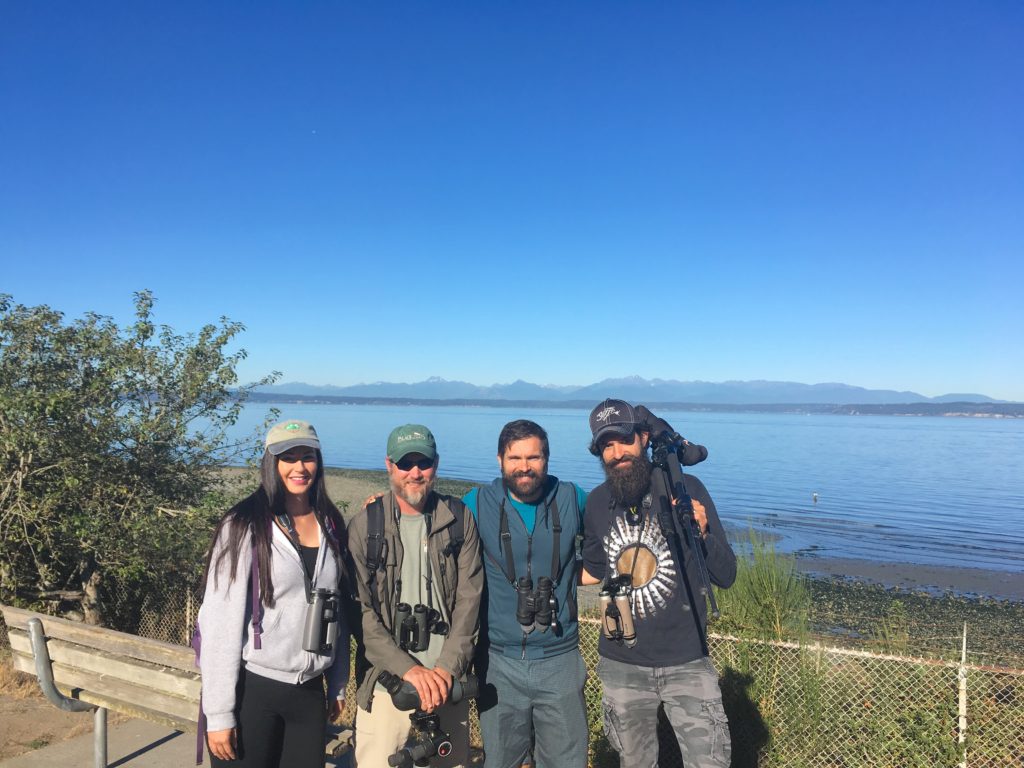 I had a blast visiting Washington State last weekend. I originally booked the trip to study with famous Egyptian dance artists visiting Seattle but of course had to make time to bird! I reached out to my friend Chris, who lives in Olympia and had joined me on a birding tour this past March in Hawaii. Not only did he lead me in the right direction for good birds but he and his sweet family let me crash at their beautiful place for a couple nights.

Chris and I started off at one of his favorite hotspots Thursday morning, Nisqually NWR, which to be honest, was pretty dead. Although I was thrilled to see Vaux’s Swift, Band-tailed Pigeon, Pacific Wren and a Bald Eagle from the boardwalk. Chris had to run off to work but I continued over to Luhr Beach and then down southern shore to Hoquiam and North Jetty. I was hoping for Red Crossbills at Luhr Beach but was content with a loon, a couple grebes and a mess of mergansers. Hoquiam Sewage Treatment Plant highlights included Heerman’s Gull, Northern Rough-winged Swallow, and more Caspian Terns. From there I drove all the way down to North Jetty for a Surfbird and Black Turnstones. I returned to Chris’ house and he and his wife had prepared a delicious dinner of locally caught salmon from the farmers market and fresh greens from their yard. I had a blast sharing bird stories with Chris, travel stories with his wife and dancing with his adorable, bright, young daughters.

The next day Chris got me amazing looks at a perfectly precious little Pygmy Owl in Woodard Bay Preserve before he had to run off to work. From there I took off for Seattle for my dance intensive, but not before I searched for the visiting Swallow-tailed Gull! I met some cool birders looking for the bird but sadly didn’t find it. The gull showed up again Friday evening so I tried again for it Saturday morning before more dance classes. Although I didn’t get the gull Saturday morning either, I met up with Chris and his local birding friends while searching and was happy to get Marbled Murrelet and Rhinoceros Auklet. I tried once more for the gull before my flight back to Hawaii on Monday but never did get it.

If you’re headed to Washington to bird you have to take advantage of all the information Washington Ornithological Society has available online.

Thank you again to my birding friend Chris, his wife Emily, their girls, Sienna and Mora, and my dancing friend, Mellilah Jamal, for welcoming me into your home and your family in Washington. I miss you all already and look forward to seeing you in Hawaii soon!