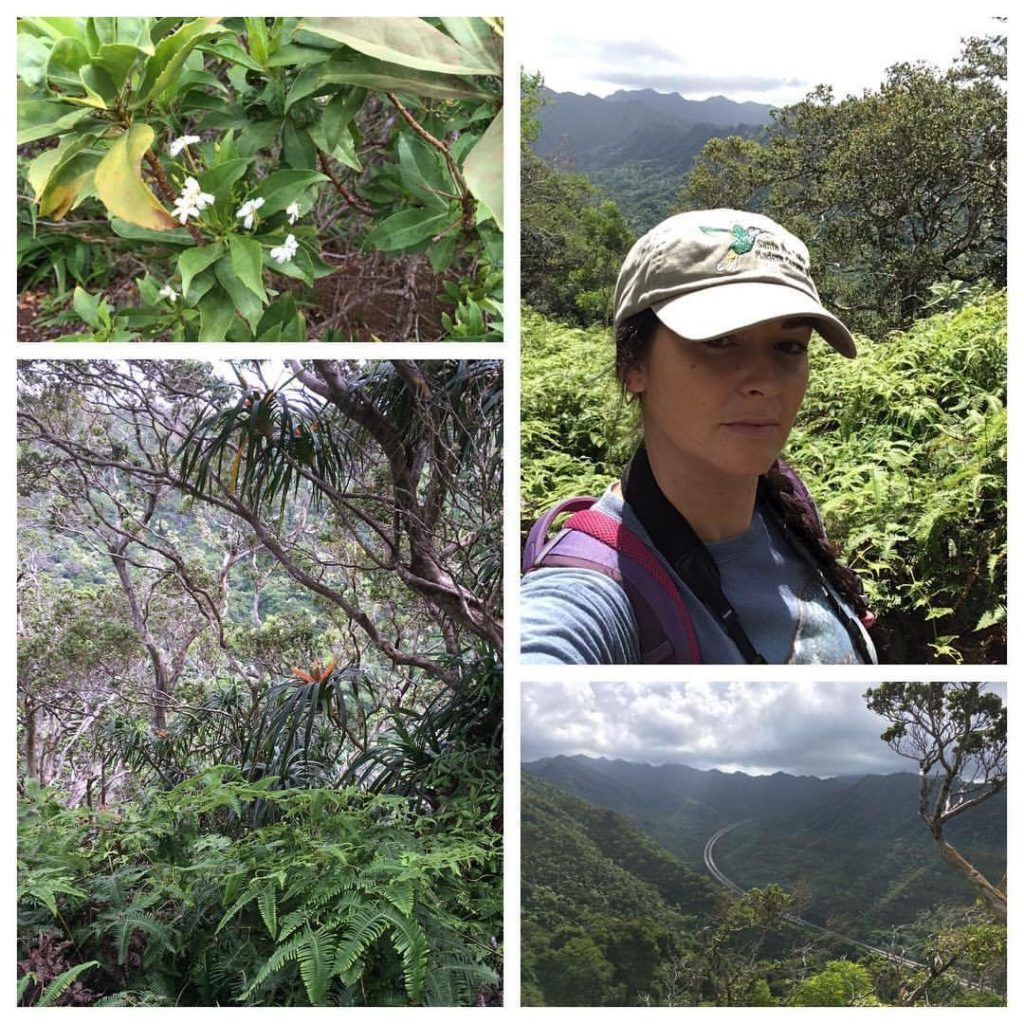 In preparation for my Hawaii Birding Tour on Sunday, August 26, 2017 I went scouting for Mariana Swiftlets on Oahu. You might be asking yourself why are there birds native to Guam and the Northern Mariana Islands living on Oahu? To be honest, Oahu has many introduced species of birds. Some species are escaped pet trade birds, some are released game birds, some were introduced as pest control and others, like the swiftlets, were introduced on purpose. Although the Mariana Swiftlets are not native to Hawaii, they are very endangered in their native habitat due to introduced predators.

I had seen Mariana Swiftlets before on Oahu along the Aiea Loop Trail but I wanted to explore the ridge trail extending off of the loop to be sure I could guarantee a swiftlet sighting for my visiting birding guest. I enjoyed the ridge trail even more than the main/ loop trail because it was less crowded and had more bird activity. There were a few Ohia Lehua blossoms left on the trees, which produced great looks at Oahu Amakihi, an island endemic, and lots of native plants compared to most accessible forests on Oahu. Suddenly I was greeted by two Mariana Swiftlets opposite the H-3 overlook. They appeared to zipping around spastically while repeating circles on a giant imaginary racetrack. They moved so quickly it was difficult to get views of them through my binoculars at first. I then decided to sit down along the trail with my feet dangling over the steep ridge and indulge in my swiftlet encounter with some trail mix.